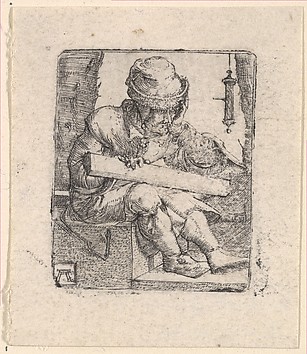 Although Alexei Sayle has been very unflattering about anyone 'who uses the word workshop outside of light engineering', workshops are undoubtedly a major feature of the world of contemporary poetry. I've attended a fair few and have delivered them myself for various groups, most recently for the Poetry School. Workshops can focus mainly on providing writing prompts or discussing particular techniques for inspiring new work, but I've been wanting for a while to write a post about the other kind, where groups of people get together, whether formally or informally, to share and discuss their work. These can be led by a tutor or facilitator, or can be entirely self-managing. Whatever the permutations, to get the best out of giving and receiving feedback in a workshop, I'd recommend following these pointers.

1. It perhaps goes without saying that the feedback needs to be constructive. That doesn't mean you can't say that you don't like something, but you need to offer reasons why. 'Not my sort of thing' or 'I don't see the point of it' just won't do. We all know that we don't all like every poem ever written. A writer will be pleased when others say they enjoy his or her work, but it is not necessary to like something to offer helpful critique. Try to understand what the poem wants to achieve (this may not be clear to the poet themselves!) and suggest ways it could achieve that more effectively.

2. Try not to be absolute in what you say - remember you are expressing an opinion, not a fact. Saying 'that phrase doesn't work' or 'that image is weak' leaves the person receiving the feedback no room to think about the advice on their own terms and will probably just make them defensive. Far better to formulate your feedback as a set of questions: 'How would it be if you took out or moved that stanza?' or 'How would it be if you weeded out some of the less original imagery to allow the rest to really shine through?' are questions much more likely to get the author of the poem re-thinking what they are doing than categorical statements.

3. This is, for me, perhaps the most important thing: Don't kill the negative feedback! Sometimes, you will disagree with the feedback that others offer, but this isn't about who is right. Too often, someone listening to a piece of negative feedback they disagree with will want to jump in and say, 'No! That's wonderful - don't change it!' This effectively prevents the person receiving the feedback from thinking seriously about these negative points. It is a given of the psychology of feedback that we listen to the positives and tend to ignore the negatives, and 'defending' the poem from others' criticism will only only reinforce this. You can disagree with what others say, of course, but try to present that disagreement in an open way. For instance: 'Well, I didn't have such a problem with that line as Kevin does, but that's for you to decide.' The feedback is, after all, for the author, not for you. So let them take away the positives and the negatives to process in their own time.

1. Paradoxically, given some of the suggestions I have made above, the most important thing is to know when to accept and when to reject feedback. This is something that needs to happen after the workshop, though, when you have really had time to think. Write down what people say, but don't start formulating arguments to counter what they just have told you. You will hear very useful things and some frankly very unhelpful things, but you need to give yourself the space to decide which is which after the event. Sometimes this may mean being brave in terms of getting rid of elements that only you will ever like, but also in terms of keeping those elements that you have faith in. Remember that the workshop is not there to re-write the poem for you, but to get you thinking about it in new and productive ways.

2. Take the work you are not sure about. If you need affirmation, send your completed poems to good magazines or enter them into competitions. A workshop is a place for work in progress, not an audience to applaud your poetry. Sometimes, it may turn out that a poem you thought was only half-done and directionless is hailed as a work of genius. If so, lucky you! But if you go hoping only to be told how good your latest masterwork is, you may find the experience bruising.

3. Show your fellow workshoppers that you value what they have to say. It is natural to feel protective of your work - you want this poem to be good and you care deeply about it. However, when everyone is telling you critical things and telling you how much work you may still need to do, there is a temptation to try to counter their suggestions. The person who makes it clear that they are not going to take any of the feedback on board and also that they do not value the insights of others is the person who, from that point on, is only going to get vague and unhelpful comments. Other participants in the workshop will soon learn to avoid saying anything critical, as they realize that they are wasting their breath.

I hope that this is useful to some of you who may be just starting to attend workshops or who would just like to get more out of them. Do you have any do's and don'ts you want to share? If so, why not leave a comment?