I'm very pleased to have secured Daniel Sluman for a guest poet slot on this blog - the next in an as yet rather irregular, but hopefully increasingly regular series. I reviewed Daniel's first collection, Absence Has a Weight of Its Own, here a little while ago, and am very much looking forward to reading his second book. The poem below, which Daniel introduces himself, is from that new work. As is typical of Daniel's writing, this poem combines a frank tone with an artfulness and an arresting use of imagery that are all his own. 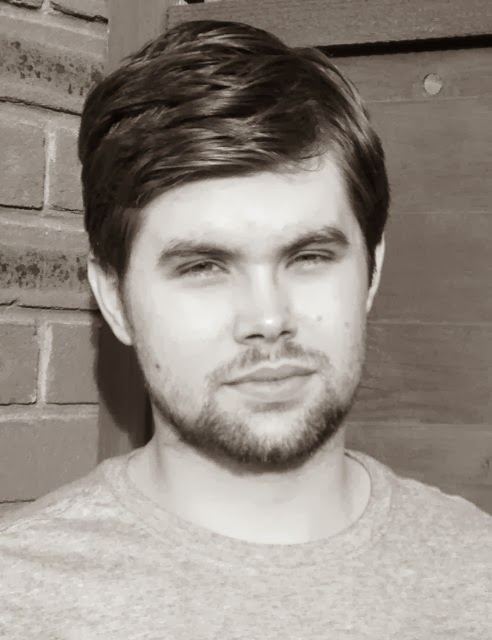 'One of the things I hate the most in contemporary poetry is the potentially lazy use of "poem" as a title. When the title is there for you to lift open a new ambiguity or show a different side to the piece,why waste that by telling the reader, simply that this is a "poem." Well, I broke this rule of my own because this poem in itself is about writing other poems, and contained a kind of meta angle that made it impossible for me to call it anything else.

As for the poem’s content, it’s typical of the confessional approach I used in my debut, and am refining, for what is currently known as #difficultsecondcollection on my twitter feed, to be published by Nine Arches Press at a later date . I have very mild OCD, which includes counting whilst opening doors, and turning light-switches off a certain amount of times (9 to be exact…) but this also included a stage where I would check the locks on the front door each night even when I was aware that I had locked them only ten minutes before. When I suddenly stopped this trait, I wrote it down in my notebook as I thought the idea of it could be seen to have a potentially deeper emotional reason behind it for the reader.

My then partner, Sonia Hendy-Isaac, who is herself a fantastic poet, and whose debut is out soon, appears in the poem as the female character.  She always looked at my poems before anyone else did. As someone who is always willing to turn his life into art, there are deeper connotations when that life is one you share with someone else and I felt at times that maybe Sonia gleaned ideas about my perception of the relationship, or was uncomfortable with how much I was willing to reveal about our lives on paper when she read these drafts. So that’s how the poem came about; quite typically for me, a collision of two ideas - this OCD act which I felt had deeper emotional connotations, and how someone else felt about showing the public our shared life bare to the world, this is how "Poem" came to be.'

Email ThisBlogThis!Share to TwitterShare to FacebookShare to Pinterest
Labels: Absence Has a Weight of Its Own, Daniel Sluman, guest poet, Nine Arches Press